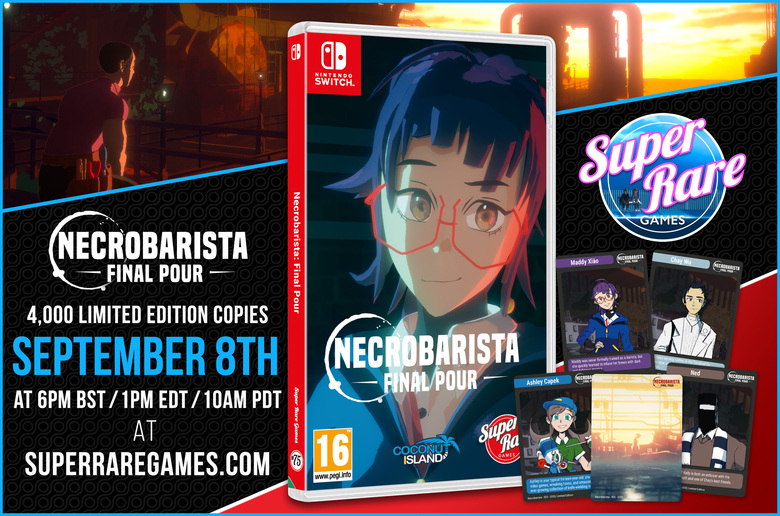 Super Rare Games has announced that they’re partnering up with Coconut Island Games and Route 59 to bring their thought-provoking cinematic visual novel about coffee and death, Necrobarista, to the Switch in physical format. There will be 4,000 copies to go around, and pre-orders are set to open on September 8th, 2022 at 1 PM ET.

In the usual Super Rare Games fashion, the rare physical release comes with all the current content on its cart, with our release being the definitive Final Pour edition, a full-color manual, interior artwork, an exclusive sticker, and trading cards. Fans also won’t be waiting for long as Super Rare Games titles ship shortly after release.

In Necrobarista, the dead are granted one last night to mingle with the living while enjoying a nice steaming hot cup of coffee. Inspired by film and anime alike, Necrobarista is a unique take on the visual novel medium. Follow a dynamic and diverse cast of characters as they navigate Melbourne’s hipstery coffee culture, the questionable ethics of necromancy, and the process of letting go.

If you’d like to lock in a pre-order for Necrobarista when they go live, you can do so through this link.