Hogwarts Legacy will not include playable Quidditch

Sweeping that feature under the rug 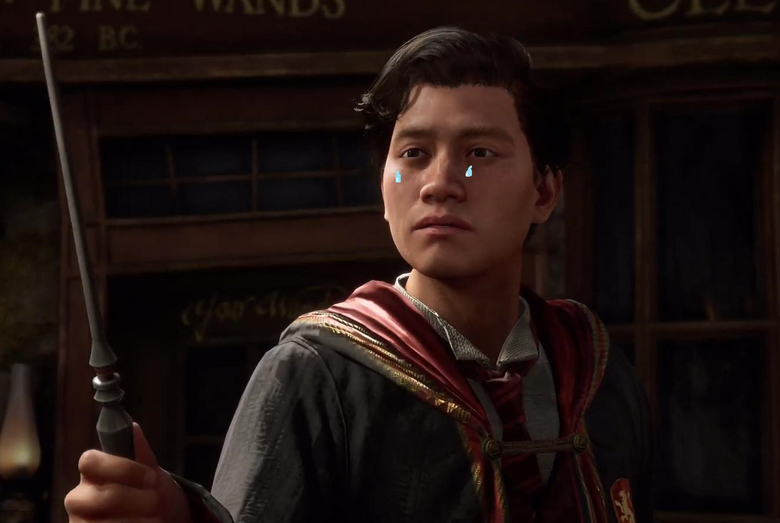 Warner Bros. has shared an updated FAQ for Hogwarts Legacy, and it includes a disappointing on everyone’s favorite broom-related sport. Unfortunately, Quidditch is not going to be included as a playable experience in the game. Here’s what the FAQ has to say on the matter.

Quidditch is not playable in Hogwarts Legacy. However, broom flight for traversal and broom race challenges are part of the game. Players can also fly brooms to explore new and familiar locations surrounding Hogwarts Castle.

The rest of the FAQ is pretty standard, recapping the details and features of Hogwarts Legacy that we covered in the past. If you’d like to read the FAQ for yourself, you can find it in full below.

Q: What kind of game is Hogwarts Legacy?

A: Hogwarts Legacy is an immersive, open-world, action role-playing-game set in the 1800s wizarding world, which puts players at the centre of their own adventure.

Q: Who is publishing Hogwarts Legacy?

A: Warner Bros. Games is publishing Hogwarts Legacy under the Portkey Games label. The game is being developed by Avalanche Software

Q: What platforms will Hogwarts Legacy be on?

Q: When will Hogwarts Legacy be available?

A: Hogwarts Legacy will launch on February 10, 2023 for PlayStation, Xbox and PC. The Nintendo Switch launch date will be revealed soon.

Q: How does Hogwarts Legacy fit into the Harry Potter Wizarding World?

A: While Portkey Games are not direct adaptations of the books and films, the games are firmly rooted in the magical universe of the Wizarding World. While remaining true to J.K. Rowling’s original vision, Portkey game developers chart new territory by creating fresh ways for fans to immerse themselves in the Wizarding World.

Q: What is J.K. Rowling’s involvement with the game? Is this a new story from J.K. Rowling?

A: J.K. Rowling is not involved in the creation of the game, but as creator of the wizarding world and one of the world’s greatest storytellers, her extraordinary body of writing is the foundation of all projects in the Wizarding World. This is not a new story from J.K. Rowling, however we have collaborated closely with her team on all aspects of the game to ensure it remains in line with the magical experiences fans expect.

A: Hogwarts Legacy is an open-world, single-player, action role-playing videogame (RPG) set in the 1800s wizarding world. The story has players experiencing life as a student at Hogwarts School of Witchcraft and Wizardry like never before, as they live the unwritten and embark on a dangerous journey to uncover a hidden truth of the wizarding world.

Q: What is the original story of Hogwarts Legacy?

A: Players will experience life as a student at Hogwarts School of Witchcraft and Wizardry in the 1800s as they embark on a dangerous journey to uncover a hidden truth of the wizarding world. They will grow their magical abilities by mastering spells, brewing potions, taming magical beasts and more.

Q: How do you play Hogwarts Legacy?

A: Hogwarts Legacy is filled with immersive magic, putting players at the center of their adventure to become the witch or wizard they choose to be. They will grow their character’s abilities by mastering powerful spells, brewing potions, and harvesting magical plants as they face off against deadly enemies. Players will also encounter quests and scenarios that will pose difficult choices and determine what they stand for.

Q: Can players choose their Hogwarts house in Hogwarts Legacy?

A: Players can choose their Hogwarts house at the start of Hogwarts Legacy.

Q: Can players link their Harry Potter Fan Club account with their WB Games Account to import their house and wand into Hogwarts Legacy?

A: Yes, based on the Harry Potter Fan Club’s official Sorting Experience, together with the WandCeremony, players can bring their authentic self into the game.Linking accounts will also unlock a Beaked Skull Mask and exclusive House Fan-Atic Robes in-game, a special set of house themed robes so players can represent their Hogwarts house with style.

Q: Can players customize their character in Hogwarts Legacy?

A: Players can create the witch or wizard they want to be in Hogwarts Legacy. They can customize their character at the onset of their adventure. As they progress, they’ll also be able to develop their own special combat style.

A: Some students at Hogwarts will become friends. As players grow these relationships, these schoolmates will become companions who can accompany players on their journey, expand their abilities and open up as players learn their stories.

Q: Will there be official Hogwarts Legacy companion books?

Q: Will you see Harry Potter, Hermione Granger or Ron Weasley in the game?

A: No, Hogwarts Legacy is set in the 1800s, before the time period of J.K. Rowling’s original stories.

Q: What are the dangerous threats in the Hogwarts Legacy?

A: The Wizarding World is fraught with dangers including creatures corrupted by a magical force, sinister witches and wizards, as well as a possible mounting goblin rebellion.

Q: Does Hogwarts Legacy have a morality system?

A: Hogwarts Legacy does not have a morality system, but players will encounter various quests and storylines that will influence the witch or wizard they choose to become.

A: Yes. Players will be able to explore a fully realized Hogwarts Castle where they will attend classes, discover dungeons, secret passageways, and challenging puzzles.

A: Quidditch is not playable in Hogwarts Legacy. However, broom flight for traversal and broom race challenges are part of the game. Players can also fly brooms to explore new and familiar locations surrounding Hogwarts Castle.

A: Broom flight is a method of travel in Hogwarts Legacy and there are also broom races. Players can take a Flying class to master their broomstick flying skills.

A: Players can tame, mount and ride some magical beasts in Hogwarts Legacy.

Q: What kinds of classes will players attend in Hogwarts Legacy?

A: Players will attend classes such as Charms, Defence Against the Dark Arts, Herbology, and Potions where they will meet their professors, learn to cast spells, grow magical plants, brew potions and more.

Q: How do players level up in Hogwarts Legacy?

A: In addition to classes and spells, players will have access to a deep set of upgrades, talents and skills to aid their progression as a witch or wizard. They can complete challenges throughout the world to earn experience and level up their abilities. Magical gear can also be upgraded and specialized to increase offensive and defensive capabilities in a chosen playstyle.

Q: Can players mix and match spells in Hogwarts Legacy?

A: Mixing and matching dozens of spells in Hogwarts Legacy will let players define their combat style on the path to become the ultimate duelist.

Q: What is the Room of Requirement?

A: The Room of Requirement is an important secret of Hogwarts that helps players customize and grow their abilities. We’ll have more details to share at a later time.

Q: Are there micro-transactions in Hogwarts Legacy?

A: There are no micro-transactions in Hogwarts Legacy.

A: Players with the Hogwarts Legacy Standard Edition can purchase the Dark Arts Pack in-game separately, which is otherwise available exclusively in the Deluxe Edition. There are no other items for purchase in the game.

Q: Does Hogwarts Legacy have online or co-op gameplay?

A: Hogwarts Legacy is a single player experience and does not have online or co-op gameplay.

A: Hogwarts Legacy will include accessibility features. We’ll have more details to share at a later time.

A: Yes. While Hogwarts Legacy is not a direct adaptation of the books and films, the games are anchored in Wizarding World lore. Avalanche is creating a unique gaming experience that is inspired by the magical universe created by J.K. Rowling, in which players will find new and unexpected locations, characters and story elements.

Q: Does the game take place only in Hogwarts Castle?

A: Hogwarts Legacy takes players beyond Hogwarts to new and familiar locations including the Forbidden Forest and Hogsmeade Village.

Q: What is Portkey Games?

Q: What does Portkey mean, and why have you chosen it for this label?

A: In the Harry Potter series, a Portkey is an object, enchanted to instantly transport anyone touching it to a specific location. Most of the time, a Portkey is an everyday object that would not draw the attention of a Muggle. For Portkey Games, it symbolizes how games under this label will transport fans to their own adventures inspired by the Wizarding World.

Q: What type of games will be developed under Portkey Games?

A: Portkey Games will enable developers to create a variety of new and immersive gaming experiences that are all inspired by J.K. Rowling’s original stories. These experiences have not been written by J.K. Rowling and will not be direct adaptations of the books and films. These are games that have been created for the fans, by game-makers who themselves are fans of and have been inspired by the Wizarding World.

A: Each experience offered under Portkey Games will take place in the wizarding world and will be authentic to it. J.K. Rowling has entrusted the design and creation of the games to Warner Bros. Games and the developers involved who are collaborating with her team on all aspects of the games.