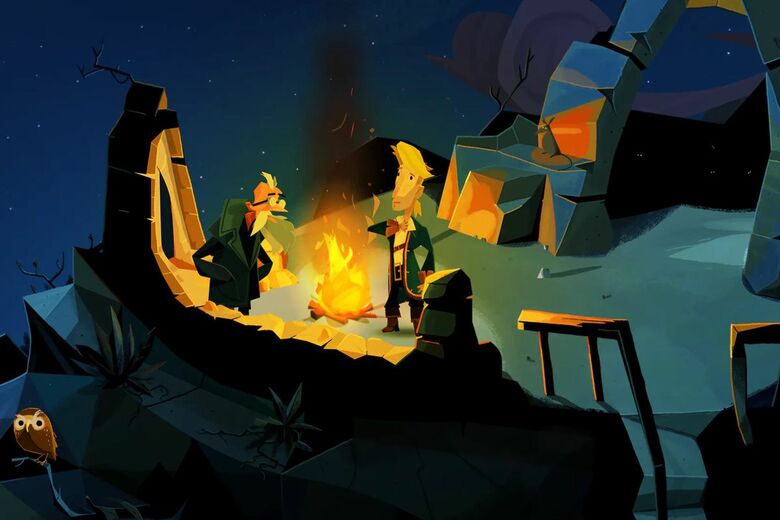 As you might have heard in recent months, the team behind Return to Monkey Island caught a ton of heat for the game’s visuals. For one reason or another, a vocal portion of the player base had quite visceral, negative reaction to the game’s visuals. In an interview with Nintendo Life, developers Ron Gilbert and Dave Grossman spoke up on the situation.

Gilbert: I think the originals are what people today call “pixel art”. We never called them pixel art. Those were words that never entered our vocabulary back then. Because we were just looking at this hardware that we had and trying to take every advantage of the hardware possible. And you know, there were some limitations…we had 320x200 resolution and only so many colors. But as hardware progressed, you look at the original Monkey 1, it was all EGA art, 16 colors, and then we moved it to VGA art when Monkey 2 came out, and we always kept pushing (the graphics) forward. We never said, “Oh, this is the definitive look.” I think we’ve always pushed things forward, always.

And so there was a reaction to [Return to Monkey Island] not being pixel art, but I think it’s nostalgia reasons that people have. A lot of people…they want to experience this Monkey Island exactly like they experienced Monkey Island 2. And that’s just… not possible. Even if we had done a pixel art game, there would be a huge number of people who loved Monkey Island 3 and would be upset that we didn’t do that art style.

I think it’s just kind of a thing with a (franchise) with such a history and fan base, you are going to offend a whole bunch of people no matter what you do. And the conversation that Dave and I had originally…we [asked] ourselves, should we do pixel art? Should we not do it? And what we landed on was, no matter what we do, we’re gonna offend a whole bunch of people with our choice. So let’s make the choice that is something we want to do. A choice that sorta pushes things forward.

Grossman: And pixel art is sort of for nostalgia. As soon as you look at something that is pixel art, you know that it’s trying to make you feel nostalgic. And this game will invoke feelings of nostalgia in some people, but that is not the point at all. We’re trying to make a new thing.

While some have complained about the game’s visual style, others are simply ecstatic that a new installment is on the way, as they thought it might never happen. That feeling was only compounded by the fact that Disney scooped up rights to the property by purchasing LucasArts Games. Surprisingly, a sequel did get the greenlight, and we’ve learned that Disney was very much involved in that process.

Gilbert: Devolver contacted me. [Nigel Lowrie, co-founder of Devolver Digital] knew somebody at the Disney licensing department. And he said he might have an avenue to license, and he wanted to know if I would be interested in making that game. …They made it happen. And it was a very long (process). It took almost nine months before (we started development) between contract negotiations, Disney, and everything.