Rock and rolling out on Sept. 18th 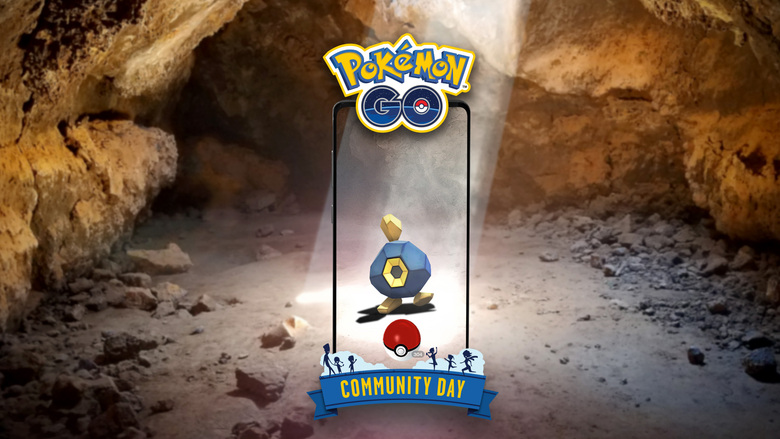 The next Pokemon GO Community Day has officially been revealed, and it takes place on Sept. 18th, 2022 from 2 to 5 PM local time. This time around, Roggenrola, the Mantle Pokémon, will be featured. This means Roggenrola will appear more frequently in the wild, and there’s always a chance of finding a Shiny one.

For full details on the next Community Day, you can check out the official notes below.

Evolve Boldore (Roggenrola’s Evolution) during the event or up to five hours afterward to get a Gigalith that knows the Charged Attack Meteor Beam.

*While most bonuses are only active during the three hours of the event, these bonuses will be active from 2:00 p.m. to 10:00 p.m. local time.

After the three-hour Community Day event ends, Trainers will be able to take on unique four-star Raid Battles. Claiming victory in one of these raids will cause more Roggenrola to appear around the Gym that hosted the raid for 30 minutes!

Once you successfully complete a four-star Raid Battle against Boldore, Roggenrola will begin to appear in a 300-meter radius around the Gym that hosted the raid for 30 minutes. If you’re lucky, you may encounter a Shiny one!*

*Roggenrola that appear under these circumstances will have the same chance of appearing as a Shiny Pokémon as those that appear during September Community Day’s three-hour event period.

Looking for other Trainers to play with?

If you’re looking for other Trainers in your area to trade, battle, or raid with on Community Day, check out our Community Day map!

By searching for Community Parks, you can find areas in your city that are historically popular places for Community Day—these parks may be a fun place to play with your local community while enjoying some fresh air.* We hope this map will be helpful for those looking to meet other Trainers!

*Popular locations are provided for informational purposes only. Niantic is not hosting or operating official or unofficial events at these locations. Please be aware of your surroundings and follow guidelines from local health authorities when playing Niantic games.