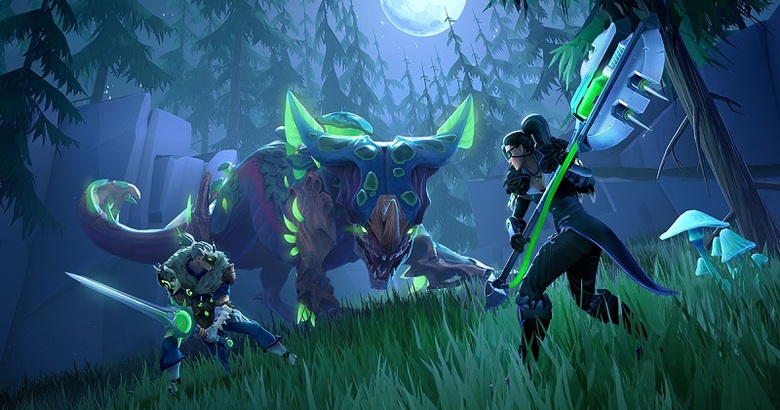 Dauntless is set to updated to Version 1.11.4 tomorrow, September 8th, 2022. Ahead of that update, the full patch notes have been shared. Get a look at what’s coming in tomorrow’s update below.

Hunt down Fenroar, the evolved version of Sporestruck Embermane. This Behemoth has a set of earth-shaking new attacks that give it full control over the battlefield. Slayers, beware! Earthshaper Fenroar – its dire version – brings an even deadlier challenge to the Shattered Isles. Defeat the Fenroar and the Earthshaper Fenroar to start crafting the Stonewood armour set and Fenroar weapons. Fenroar weapons allow you to create Terra Platforms of your own, which deal damage beneath them as they crumble.

Uncover the true reason the Farslayer Gardener has chosen Aulric’s Peak as a place to settle. Dive into the tangled history of Aulric Maas, a supposed explorer, and help recover a great treasure that once belonged to the Arbourhome Farslayers. Slayers can unlock this island adventure only by completing the Farslayer Gardener’s first quest series and unlocking the Reforge node on the Slayer’s Path. More small Island Adventures are coming in future patches. Each of these are intended to give Slayers new ways to uncover stories about the Shattered Isles, all while boosting weapon experience at key moments in progression.

Kat’s fears have been realized. The Sporestruck Embermane has evolved, assuming a new, more powerful form: the Fenroar. Meanwhile, Granny Strega may have some knowledge that could help reveal more about the way Behemoths are evolving. If only she’d stop speaking in riddles!

All dye rumours have been updated to remove “Hand In” quest objectives. For each dye rumor, Part I is now:

For each dye rumor, Part II is now: