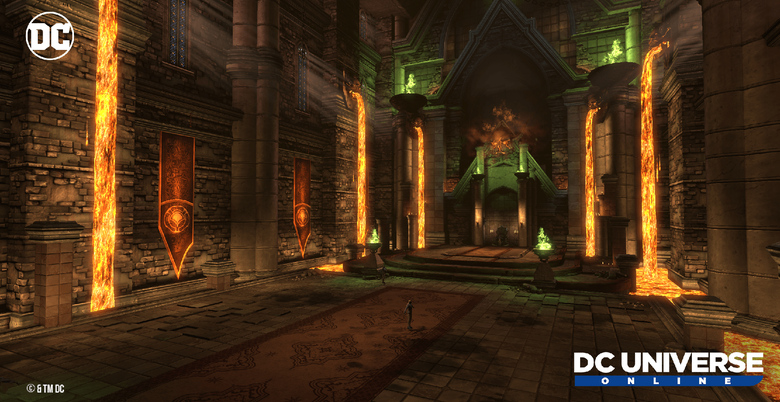 Dimensional Ink Games has given a sneak peek at what’s coming next for DC Universe Online, and it should come as no surprise to DC fans that Black Adam is set to get some love, as the Black Adam movie hits theaters on Oct. 21st, 2022.

Episode 44: The Sins of Black Adam for DC Universe Online arrives in October 2022, and it will offer normal and elite versions of all On Duty content, along with level-agnostic event versions available for a limited time.

Twice now, Black Adam has failed to resurrect and rescue his wife Isis from the Underworld. Determined not to fail again, he will enter the Underworld himself to strike a deal with Neron once and for all. But can either be trusted? And what costs might await the living as a result of those who trifle with the dead?

In The Sins of Black Adam, it will be up to players to navigate the dangerous path between good and evil, between life and death, between love and despair.

The Sins of Black Adam will include open world missions, with a duo, alert, and two raids. You can also expect appearances from Black Adam himself, along with Shazam, Isis, and more. The storyline will include adventures in locations from Egyptian myth, including Infernal Kahndaq overrun by the Underworld. Finally, this episode will launch with new player rewards, including gear, styles, and more.