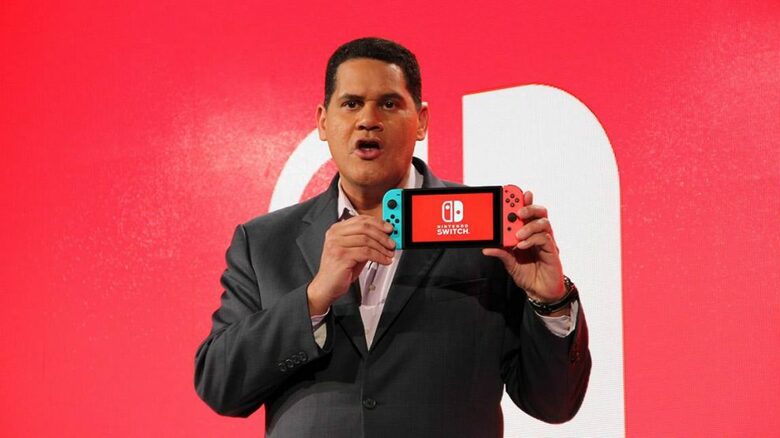 Fanbyte recently sat down with former head of Nintendo of America, Reggie Fils-Aimé. In it he gives fascinating insights into being a person of color in the industry, his suggestion of adding sudoku to the original Brain Age, and games he wished he could have played had he not been so busy running the company.

We’ll leave a link down below so you can read the full interview because it’s pretty interesting stuff, but the thing we want to focus on is Reggie’s thoughts on the console that comes after Switch.

If you were still in charge, what would the successor of the Nintendo Switch look like to you?

What’s so provocative about that question is, again, Nintendo is a company that just believes in innovation and doing things fundamentally different and so in all likelihood, the successor is going to be something completely different. If I were, you know, the king of Nintendo for a day, I personally believe that we’re almost at the point where a streamed gaming experience can be brought to bear.

Essentially, all we need today is better routers in our home and any game including fast twitch games, can be experienced through a cloud stream type of experience. What I would love to see is a cloud-based experience. So no platform in the home — everything is done through the cloud. This way, it truly becomes an experience where you’ve got new content, [and] you’ve got the best of all of the old content that’s made available through some sort of subscription service. That’s what I would do. But candidly, I don’t think the router improvement is going to happen for another probably three to four years. So that’s when I would bring the successor platform to bear.

Obviously, Reggie isn’t with Nintendo anymore so this answer shouldn’t be seen as confirmed information on what the future of Nintendo will be, it’s simply his insight on what Reggie feels it COULD be.

All that said, it’s definitely an interesting take. While it can’t be denied that Nintendo seems to prioritize innovation in their console design it is still bizarre to think that they would go all digital.

Given how slow Nintendo is to accept innovations in the industry that they didn’t personally spear-head it’s hard to imagine that they would go all in on a streaming console. Especially if this console came with no physical alternative like PlayStation and Microsoft offered for their next gen systems.

It’s still very much up in the air what Nintendo will do when the Switch is done, while I personally would prefer them to keep improving the Switch, I also understand the allure of starting all over again from their perspective.

Whatever the future brings, it’s always interesting to hear what Reggie has to say about the company, and we highly recommend checking out the full interview for more of his insights.

Link to the Interview!
[fanbyte]