A room full of hype! 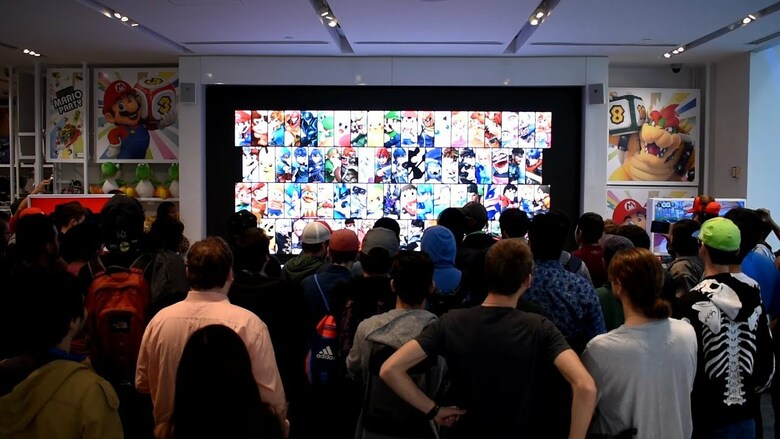 Join us tomorrow at 10 AM ET as we livestream the #NintendoDirect at #NintendoNYC!

Limited entry is on a first-come, first-served basis. https://t.co/fbgqxOcjDJ

One thing that was a highlight of new Nintendo Directs was watching fan reactions on YouTube, particularly those filmed at Nintendo NY.

Nintendo NY used to host watch party events for Nintendo Directs, inviting fans to pile into the store and watch the news on a big screen. Needless to say, the hype in that room has been electric over the years.

From the reveal of Super Mario Odyssey, Breath of the Wild 2, and the multitude of Smash Ultimate character reveals, watching the crowds reaction is always a treat.

I probably don’t need to explain what happened next, The COVID-19 pandemic hit and being squeezed together in a room with other fans was not the wisest decision at the time so the events were discontinued.

The last event held at Nintendo NY was the September 2019 Nintendo Direct, that was the one which announced SNES games for NSO online, Fighters Pass 2 for Super Smash Bros. Ultimate, and revealed Xenoblade Chronicles: Definitive Edition. So yeah, it’s been a while, three whole years in fact, but now they’re finally back.

Will you be making the trek out to Nintendo NY for the event? If so we encourage you to stay safe and healthy and of course have fun!