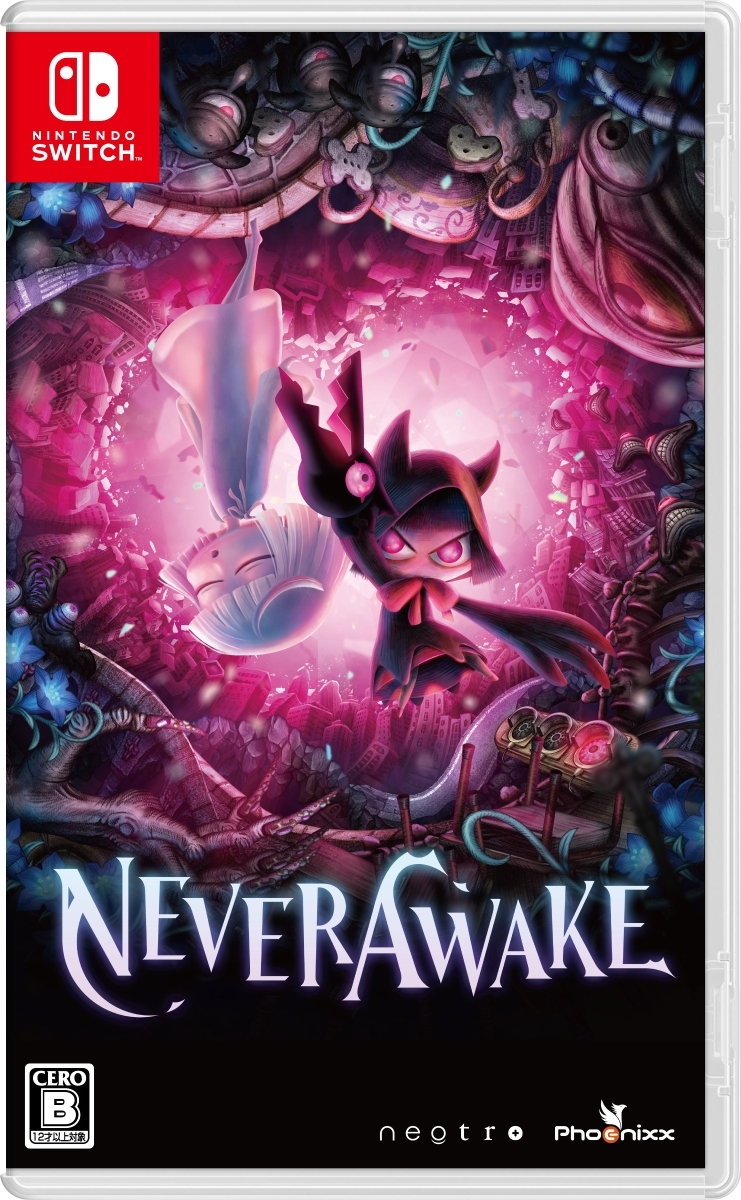 The twin-stick shoot’em NeverAwake was announced for Switch at the end of August, and at that time we heard the game would get a Q1 2023 release. That does appear to be the case, as multiple Japanese retailers have listed the game for a Jan. 19th, 2023 launch. Along with that, retailers have shared details on upcoming physical options.

Those interested will be able to pick up a standard edition physical release for 4,180 yen, and that includes just the game and a box. Those who want something a bit more fancy can look forward to the Premium Edition for 7,700 yen. This version includes the game, an original soundtrack CD, art book, and magnet hook.

NeverAwake, the nightmarish twin-stick shoot’em up set in a world of a young girl’s fears and horrors, from developer Neotro Inc and publisher Phoenixx. Discover the grotesque nightmares of a little girl, trapped in her slumber, paralyzed by fear, seemingly never to awake. In the deepest parts of her subconsciousness, she sees Rem, a fierce fighter armed with a demonic, dragon-shaped gun, who fights to conquer the forces trapping her.