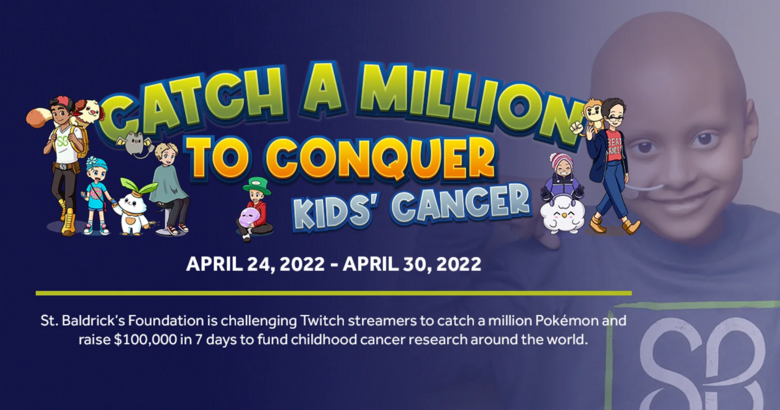 Starting April 24th, 2022 and running for one week, Pokémon Twitch streamers will be catching Pokémon like crazy, all in the name of charity.

The ‘Catch a Million to Conquer Kids’ Cancer’ Twitch event is looking to raise $100k for the St. Baldrick’s Foundation, and organization that focuses on childhood cancer research projects. A Twitch-integrated app will track the Pokémon participating streamers capture during the fundraiser, with the goal being 1 million Pokémon caught by the end of the week.

The main draw of this charity event is a Twitch Plays race between Team Bruce Greene and Team KaraCorvus, where the Twitch Plays format will be used to play both Pokémon Red and Blue. Team captain Bruce Greene is an independent content creator who previously created gaming content for channels like Inside Gaming, Funhaus, and an array of Rooster Teeth productions. Captain KaraCorvus is a scientist, gamer, streamer, actor, and model.

For full details on the Catch a Million to Conquer Kids’ Cancer event, click here.