Spacing out next year 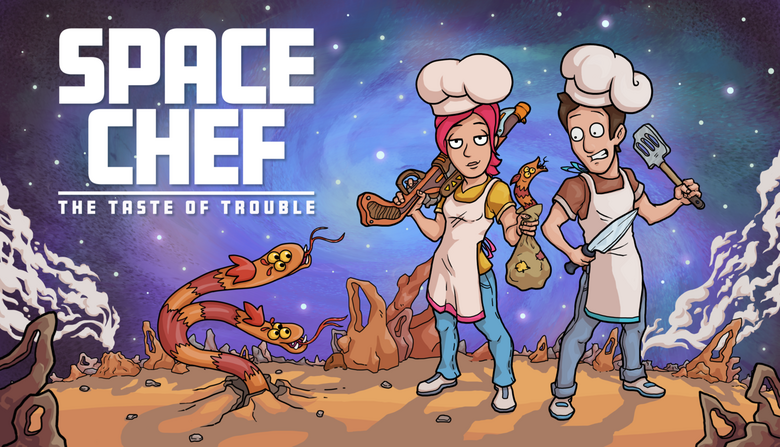 All the way back in March of this year, Space Chef was announced for Switch. The game was given a vague 2023 release date back then, and while that date still stands, a new publishing deal has been struck for the game’s release. Publisher Kwalee has revealed a deal with Swedish developer, that will see them publish Space Chef sometime in 2023.

Space Chef is an open-world, err.. open galaxy game combining gun-blasting action with fun cooking, crazy crafting and anything but your usual farming. Explore a vast universe that is different each playthrough. Best of all, bring a friend on your delicious adventures with couch co-op!‏‏‎   ‎ Hunt and gather ingredients - Visit strange alien planets and learn how to capture the tasty creatures before they wipe you out. If violence is not your cup of tea, you’ll do best to avoid alien contact and stick to friendly, yet juicy, plants.

Hunt down strange alien creatures and plants, then cook ‘em! Deliver your tasty creations to the galaxy’s most unsafe places on your homemade star scooter. In a quirky mix of exploration, cooking and action, you’ll expand your home from a measly kitchen to a five star food factory using mostly junk.