Live your life a mile at a time 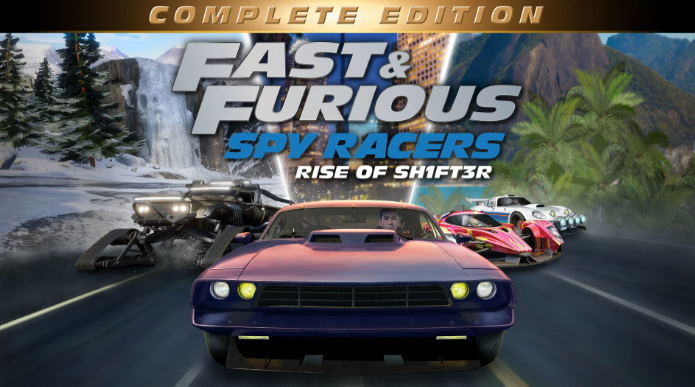 Today, Outright Games, in collaboration with Universal Games and Digital Platforms, has released the digital version of Fast & Furious: Spy Racers Rise of SH1FT3R - Complete Edition on Switch. You can download the title today for $45.98.

Inspired by the Universal Pictures and DreamWorks Animation series Fast & Furious: Spy Racers, this high-octane racing game sees criminal masterminds SH1FT3R return to cause chaos and only the Spy Racers can stop them! Players can race as Tony Toretto and other Spy Racers or even members of SH1FT3R in an electrifying global racing tournament on tracks across the world from Los Angeles to the Sahara and beyond.

Players can use spy weapons to speed through secret shortcuts as well as high-tech spy gear to gain the upper hand. Customise cars with a range of skins, unlock new items and compete to be the ultimate racer in couch co-op with a friend or play online with up to five players.

The Complete Edition also includes the Fast & Furious: Spy Racers Rise of SH1FT3R Arctic Challenge DLC, which tests players’ driving skills on Arctic themed tracks with new vehicles and villains. Ms. Nowhere and Matsuo take on the Spy Racers across four new tracks: Snow Stadium, Forest Hazard, On Thin Ice and Undisclosed Heights. With their powerful Energy Screen and Laser Cannon spy gear, Tony and the rest of the crew will need to be at their best and make the most of their new vehicles including Tony’s Ion Thresher.