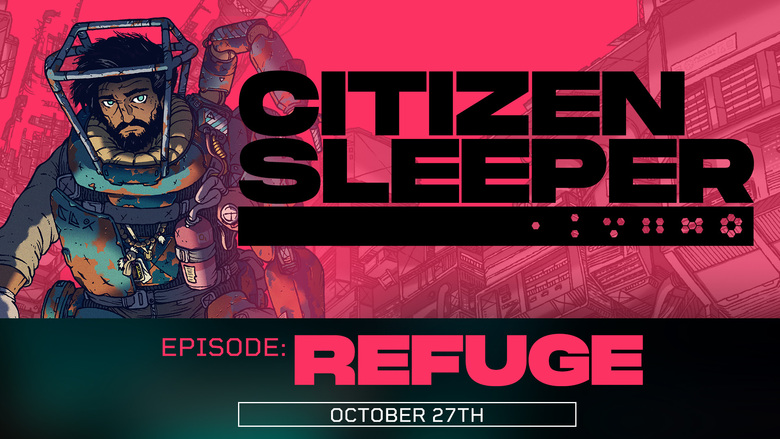 Narrative games publisher Fellow Traveller and developer Jump Over the Age have announced Episode: REFUGE, the second free DLC episode for Citizen Sleeper, will be released on October 27. Following the events in the first DLC update, Episode: FLUX, this new episode expands upon the story of the refugee flotilla, and the wider narrative of the Helion System, the star system in which the Eye orbits.

In Episode: FLUX, the first ships from a refugee flotilla arrived at Erlin’s Eye in response to pressures in the Helion system. Now, in Episode: REFUGE, a strange event sends ripples through the communities of the Eye. Players will have to enter the flotilla to understand this new threat and help the refugees stabilize their community.

Episode: REFUGE also introduces Sol, captain of the Pilgrim Seed, the biggest ship in the refugee flotilla. Hailing from Ember’s Hearth, the largest moon of the gas giant Ember, he is a quiet pragmatist forced into the position of political leader.