And your celebrity Nintendo fan of the day is... 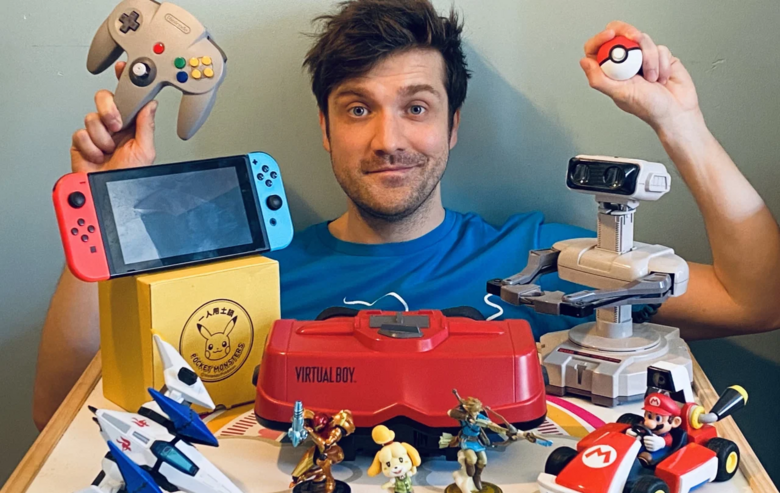 If you’ve listened to the GoNintendo Podcast, you might know that my fiancé started watching The Young and the Restless not too long ago. For years she had wanted to watch a soap opera, but was always worried about the stigmas attached to them and the ridicule she’d receive. After some strong encouragement from me, she finally decided to give a soap opera shot, and she settled on The Young and the Restless. She’s been a fan ever since, and I’d count myself in that list as well!

While The Young and the Restless is a massive, long-running soap opera here in the states, it’s still not as recognizable as the king. The UK soap Coronation Street holds the record for being the world’s longest-running soap opera, having run since 1960. With so many decades under its belt, there’s no doubt the show has a large and dedicated audience!

Anyone familiar with Coronation Street would probably George Banks, the man in the picture above. Banks played the role of Henry Newton on Coronation Street for about a year, making his face a mainstay on British telly. What does Banks do when he’s not locking in his next acting gig? He’s playing a ton of Nintendo games, of course!

The gang at Nintendo Life had a chat with Mr. Banks about his love and appreciation for Nintendo, which has been a lifelong affair. This isn’t a case of a celebrity pretending to like Nintendo as part of an advertising deal. Banks is a huge fan of all things Nintendo, and during an interview, he shared what his favorite Nintendo game of all-time is.

**I think if you had asked me 6 years ago I would have said Pokémon Red. I know it’s not perfect and is very dated in places, but it’s my comfort game. I had not long started secondary school when the anime and game were released here and the characters resonated with me – a child setting off on a grand adventure. A bit scary, a bit fun. The game had great characters, an attainable number of Pokémon, loads of secrets to uncover – not to mention the utter joy of playground rumours aided by the rise of easily accessible internet. I’ve played it through so many times and I could play it again tomorrow and be happy.

But I think Breath of the Wild has taken its crown. It is a game that I adore everything about. Zelda games are my favourite to play – I have completed all of them and I just could never have imagined this for the series. How it was so different but so familiar. I think I’ve spent 500+ hours playing it and I would do it all again. My wife is doing a second playthrough currently and she has it docked while I play Legends Arceus. As she roams Hyrule my ears prick up and I can instantly visualise what she’s up to or where she is by the musical refrains or the sound of the atmosphere (that sounds nuts, but it’s true). Sometimes a phrase of music inexplicably brings tears to my eyes. It’s just so beautiful. It’s a perfect game.**

That’s just the tip of the iceberg on Banks’ fondness and connection to the world of Nintendo. Make sure to read the full interview for talk of Banks’ favorite Nintendo series, how he got into Nintendo in the first place, and much more.