Jack in next month 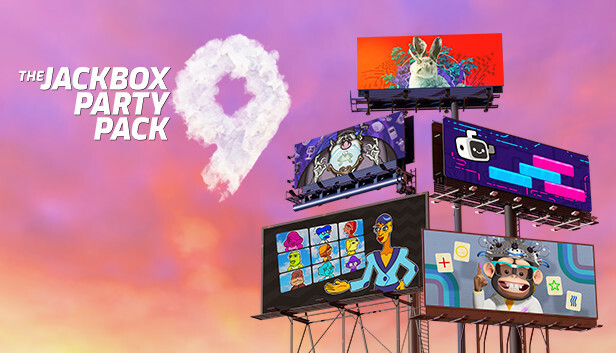 The Jackbox Party Pack 9 has five fun-filled party games: the trivia bluff-off Fibbage 4, the team sorting test Quixort, the magical joke auction Junktopia, the silly guessfest Nonsensory and the salacious reality TV game Roomerang. The newest pack features all the same settings and features as recent packs, plus new features like the host’s ability to kick players from the lobby and during the game and the players can connect to games via QR codes that appear on the screen in the lobby.

Settings and features added in recent packs will also be available in The Jackbox Party Pack 9. Earlier this Summer, Jackbox announced that you’ll be able to kick players from the lobby and during the game. This helps keep livestreams or games being played at public events as safe as possible. This Party Pack will also allow you to connect to games via QR codes that appear on the screen in the lobby before you start a round.

If you need an official recap on each game included in this package, you can find the details below.

(2-8 players) - The hilarious bluffing party game returns with an all new Final Fibbage, video questions, fan-submitted questions, and Fibbage Enough About You mode! It’s a game so beloved that we decided to slap a 4 on it.

(1-10 players) - In this trivia sorting factory, work with your team to sort falling answers into their proper order before they hit the floor! Or, play the single player mode and see how many blocks you can sort before topping out. It’s as easy as A, C, B!

(3-8 players) - A strange wizard has turned you into a frog! Create hilarious backstories for weird objects and then get them appraised. The player with the most valuable items becomes human again!

(3-8 players) - Professor Nanners is here to test your NSP (Nonsensory Perception) in this drawing, writing, and guessing game! How close can you get to guessing where another player’s prompt ranks on the silliest of scales?

(4-9 players) - Channel your inner reality TV star in an attempt to come out on top! Respond to prompts, bring the competition and role-play to avoid being voted out. Never fear though, even when you’re out you’ll find yourself Roomerang-ed right back into the drama!